Cinnamon just makes me happy. The smell of it wafting through the house makes me feel like I’m enveloped in a warm holiday.

I was going to make cinnamon rolls the other day, but at the last minute decided to make the dough into bread instead. I’m so glad I did! This bread is dense, but in a good way. =) I haven’t used yeast in a recipe for awhile, so I thought it would be a nice change.

The three different types of flours make this bread a delicious blend of flavors. Swirling the cinnamon mixture throughout the dough is key to making this Cinnamon-Crusted Bread a success. Make sure to leave a good amount of the mixture on the top so you get the “crusting” effect! 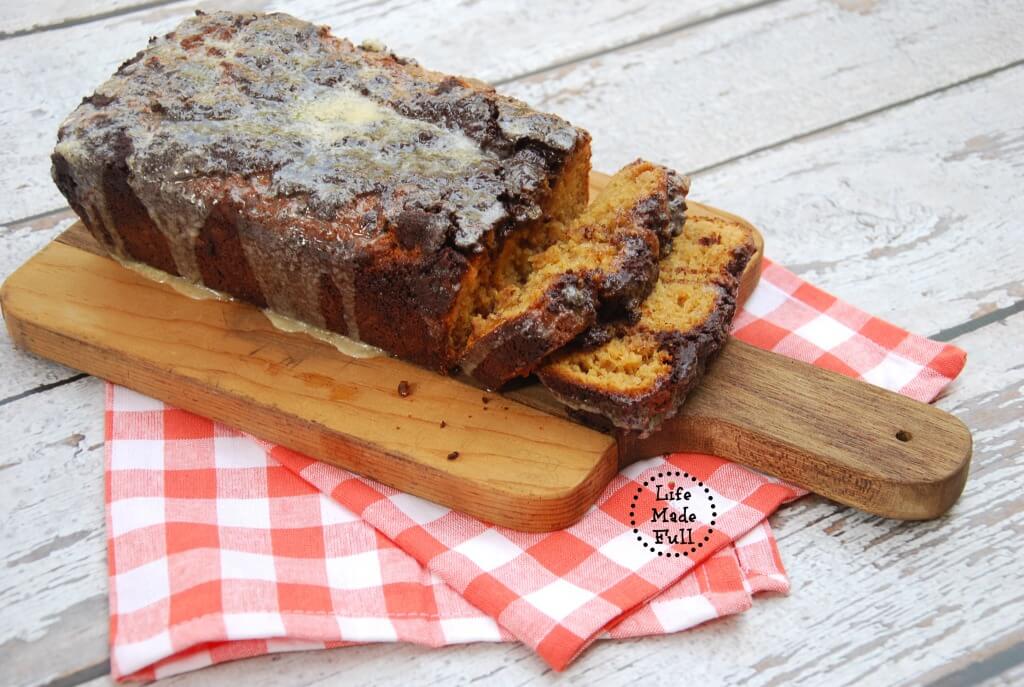 Votes: 1
Rating: 5
You:
Rate this recipe!
Add to Meal Plan:
This recipe has been added to your Meal Plan
Ingredients
Instructions
Share this Recipe