We love Indian food at our house. Growing up, that’s pretty much all I ate since my dad did most of the cooking, and he was from India. =) I don’t think I appreciated it growing up, but I sure do now! This gluten free Naan takes me back to my childhood! One of the things I have missed since changing our diet is a good piece of naan with our Indian food. After many tries and fails, I have finally come up with an amazing gluten free naan recipe that tastes as close to the real thing as I’ve tried!

Be forewarned: the recipe seems labor-intensive. It does take time, but it’s not difficult. You just won’t be able to whip these up at the last minute. I made these one afternoon when I knew I was going to be home and could allow the dough time to rise. Of course, you could set it out to rise, and then leave and come back. =)

My kids RAVED about this recipe and could not say enough awesome things about it. Seriously, this gluten free naan is that good! 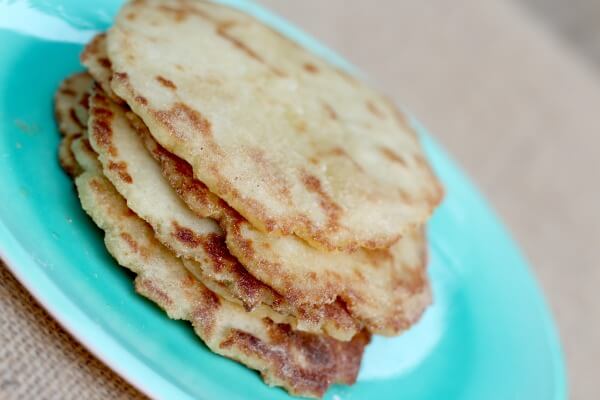 Votes: 0
Rating: 0
You:
Rate this recipe!
Add to Meal Plan:
This recipe has been added to your Meal Plan
Ingredients
Instructions
Share this Recipe