So, you want to eat Paleo? As you may already know, my family eats Paleo about 80% of the time. I chose specifically not to call my blog a “Paleo” blog because we occasionally eat rice, potatoes, dairy and corn. I didn’t want to get called out for not being “Paleo” when I’m just sharing recipes that work for us. Some people are turned off to Paleo for multiple reasons, some of which you’ll find below. Have you found yourself believing these myths? 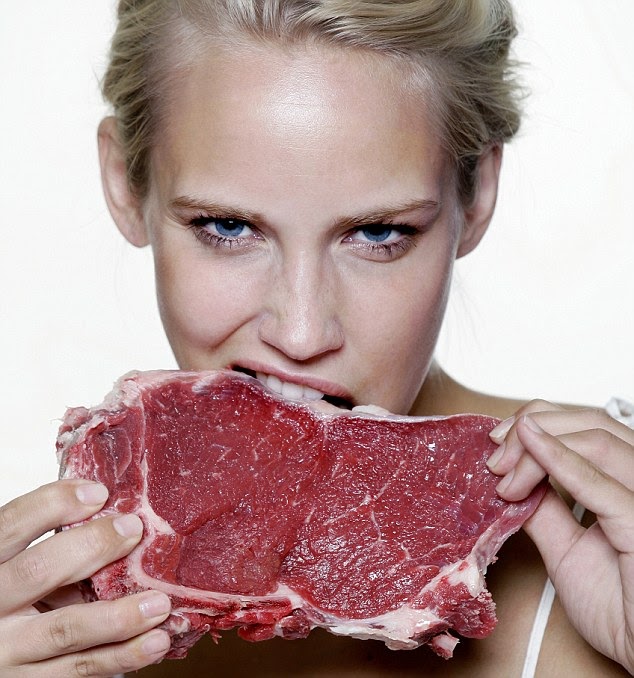 Despite what you might read about the Paleo diet, it’s not all about the meat. Yes, animal protein is a large portion of what we eat: 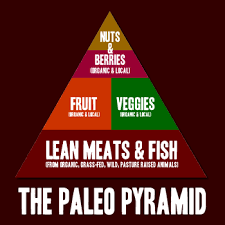 But it’s important to consider meat quality when you’re thinking of a Paleo “diet.” Eating a bunch of grain-fed, antibiotic-filled conventional meat is not going to do anything for anyone except clog arteries and give people a host of other problems. Check out THIS article for more info. If buying grass-fed meat regularly isn’t an option for you, however, it would be better to add in more veggies to your meals than to gorge yourself on grain-fed meat.

Ah, the old calcium debate. I’ve had lots of people bring this up to me, including a guy at Costco just recently (some of you may remember my Facebook post about it). Many people believe the only way to get good calcium is by eating dairy products. Did you know that one 4-oz serving of kale has the same amount of calcium as a cup of milk? THIS article on Harvard’s website states that “Milk is actually only one of many sources of calcium—and there are some important reasons why milk may not be the best source for everyone.” The article also talks about the benefits of legumes as a calcium source, but there’s a big debate around legume consumption, and that’s for another day. Check out the full article HERE.

Point being, there are many great sources for calcium. Try to get rid of the brainwashing we’ve all received over the years saying milk is the best way to get it. It’s also argued that our bodies absorb more calcium from veggies than we do from milk. Dr. Joel Fuhrman, a family physician who specializes in nutrition-based treatments writes, “Green vegetables also have calcium absorption rates of over 50 percent, compared with about 32 percent for milk. And, since animal protein induces calcium excretion in the urine, compared to dairy, the calcium retention from vegetables is higher.  All green vegetables are high in calcium.” See the rest of that article HERE, and maybe think twice before you guzzle down that chocolate milk. I’ve had people ask me how I can feel full on meat, veggies and fruits. Well, my friends, it is what it is! Although a big ol’ bowl of cereal may fill me up temporarily, I’ve found that when I eat a piece of quality meat, some veggies and some fruit, I get full and that fullness actually lasts. In one study published in the April 2011 issue of “Obesity,” “overweight men placed on a low-calorie diet who ate three high-protein meals a day had greater evening and late-night fullness than those on a lower-protein diet.” You can read more on that HERE. The great thing about eating whole foods is that you don’t have to calorie count, just eat when you’re hungry and pack in those veggies! Seriously, they fill you up more than you may think!

I’m really not sure why this is such a big one. Actually, I kind of get it. When we first started eating Paleo, I got into a major rut and felt like eating this way for the rest of our lives would kill us from boredom. That’s why I started this blog. It’s amazing how many different ways you can cook a vegetable. I mean, c’mon, when God created the world, don’t you think He knew what he was doing? I don’t think he “forgot” to create crackers and cereal and a bunch of processed foods. He had it perfect, and we’ve messed it up! There are endless possibilities when it comes to recipes. The Internet is an incredible resource, and there are SO MANY great blogs out there with recipes that will make your mouth water. Here are a few of my favorites:

The Clothes Make the Girl (THIS cookbook will give you hope that eating this healthy can, in fact, be amazing!)

Against All Grain (HERE’S her great cookbook!)

Check them out and be inspired! Your life is not over! It’s just beginning. Don’t believe that if you start eating Paleo, you can never eat a “normal” treat again. As I’ve said before, eating this way is not about perfection, it’s about progress. No one expects you to never eat a cupcake again. Enjoy your life–you only live once! But after you enjoy some off the chain cheesecake, go back to your “home base.” Don’t see that treat as a failure, see it as a treat. Tomorrow, eat a great breakfast. Fill yourself up with some eggs and veggies. Eat a yummy grain-free lunch and dinner, and go to bed that night remembering how awesome that cheesecake was and how great it was to indulge and then get right back to eating to fuel your body. Does that make sense? Like I said, we eat Paleo about 80% of the time. I have milkshakes. I go out with friends and eat dessert. Once in awhile, I have pizza. The real deal–not just a sorry copycat. And that’s ok. As a matter of fact, I think it’s healthy. I’m not saying the pizza is healthy, but being a person who eats “off the grid” in moderation is healthy! If you become a food Nazi, you will fail. Live your life knowing you eat food to fuel your body, but that you have no problem letting your hair down and eating something different once in awhile. IT’S OK!!

And so, that’s what I have to say about that. I hope I’ve dispelled some Paleo myths for you. Holla at me if you have any questions!